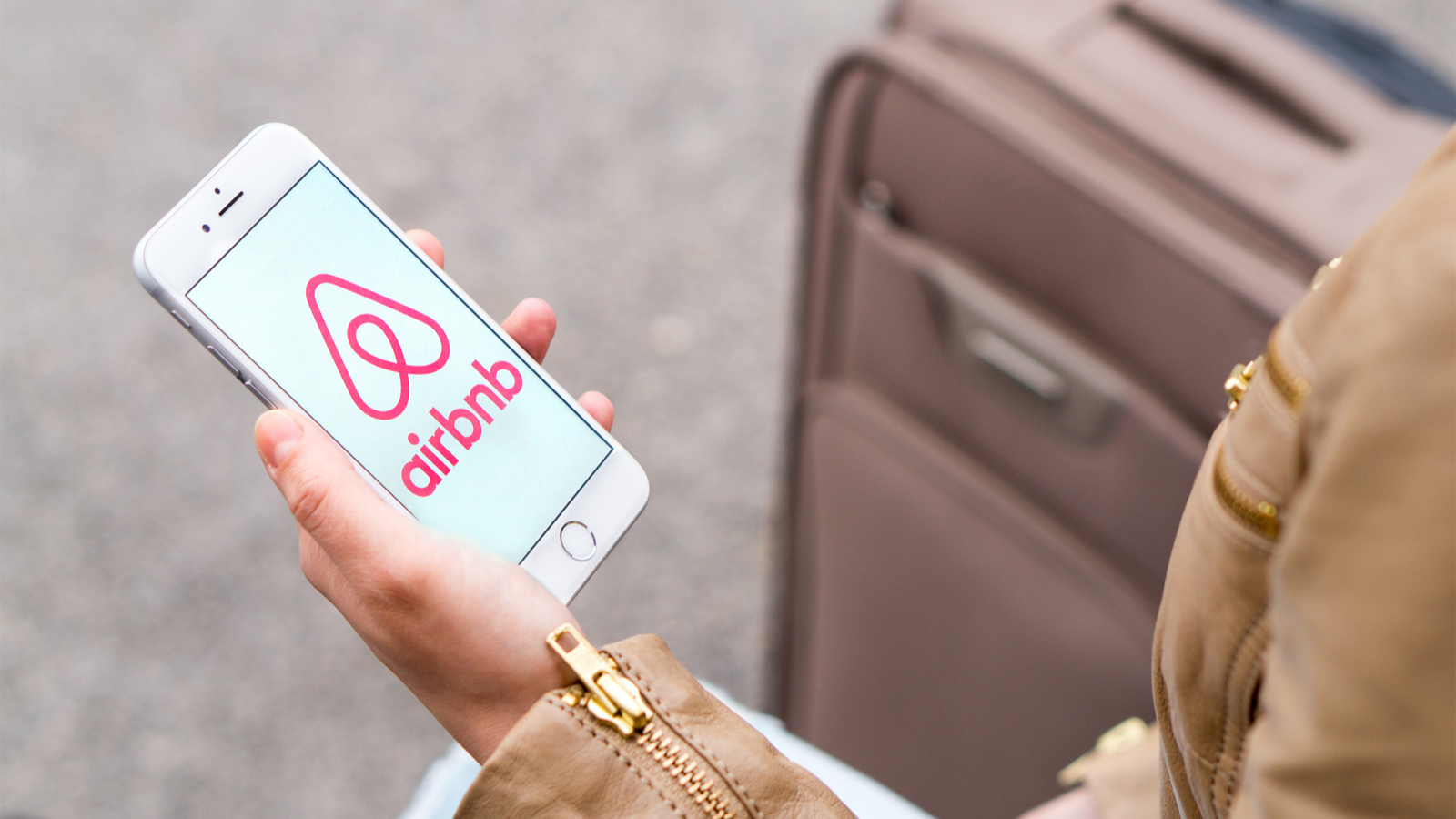 Like most of the rest of the market, shares of Airbnb (NASDAQ:ABNB) have been selling off for the past six months. Yet, while the S&P 500 is down about 13% during that time, ABNB stock is down more than 40%.

The sell-off in shares of the online rental marketplace operator has accelerated since the 7.7% one-day post-earnings pop on May 4, with ABNB stock off nearly 25% since then.

The company delivered better-than-expected first-quarter results, with revenue up 70% from a year earlier to $1.5 billion and a loss of 3 cents per share compared to an expected 29 cents per share.

Management, of course, chose to focus on the 70% growth in its shareholder letter. But it’s important to note that the company still lost $18.8 million for the quarter ending in March and that revenue of $1.5 billion was slightly lower on a sequential basis.

Furthermore, the company faces tougher comparables in the quarters ahead, with revenue peaking in the third quarter of last year at $2.2 billion. So, it’s possible the worst is yet to come for ABNB stock.

A High-Flyer Is Grounded

Even at its present price, ABNB stock is expensive. The company is not profitable, and even if it achieves revenue of $6 billion this year, as analysts expect, shareholders are still paying over 12 times that to own it. That would have been fine a year ago. Today, it’s unacceptable.

Inflation, and the Federal Reserve’s response to it, are doing everything possible to turn growth into recession. When most people think of tightening their belts, travel is one of the first things they cut back on.

While the next few quarters could be grim for Airbnb, it seems this reality has yet to dawn on everyone. Of the 30 analysts listed on Tipranks following ABNB stock, 13 deem it a “buy.”

One analyst on SeekingAlpha called first-quarter earnings a “blowout,” telling investors to buy ABNB stock in May and go away. Another analyst, looking at payment data from Mastercard (NYSE:MA) and Visa (NYSE:V), insisted demand is “surging” and said ABNB stock is ready for liftoff.

Even before the recent earnings announcement, an analyst said Airbnb was on its way to becoming “the Amazon of travel.” Maybe so. Amazon (NASDAQ:AMZN) is down more than 30% so far this year.

ABNB Stock Is a Victim of Circumstance

What has happened to ABNB stock is not a reflection on management. The market is insisting that the economy is wrong in believing we’re in a recovery.

I have used Airbnb in the past and enjoyed the experience. But even a year ago, I was calling ABNB stock overvalued at $191 a share. I called Booking Holdings (NASDAQ:BKNG) a better bet. Booking, the owner of Priceline and other travel sites, is down 11% since I wrote that, but ABNB is down 38%.

The problem is valuation. Analysts are comparing the value of stock earnings to bonds, whose interest rate keeps rising. If interest rates hit 5%, and they may, anything selling for less than 20 times earnings looks worse than a safe government bond. Companies without earnings —  those valued solely for growth and potential — get thrown on the trash heap.

Additionally, I don’t believe Airbnb will hit analysts’ estimates going forward. European travel looks dead, even if it’s dirt-cheap, because of the Ukraine War. Airbnb’s insistence that “experiences,” like tours, would provide growth also looks naïve. While the total number of “nights and experiences” booked rose 39% quarter over quarter in Q1, total revenue was down by $23 million over the same period. Cooking classes don’t cost as much as a good night’s sleep.

The Bottom Line on ABNB Stock

If you believe in economic recovery and that inflation can be beaten, and if you have a three-to-five-year investment horizon, you can buy ABNB stock here.

Airbnb is a well-run company that has created a huge niche in the market. It has given real estate owners an alternative to one-year leases or even the sale of their property. It has created management jobs and brought value to travelers tired of hotels.

But ABNB stock won’t rise until the psychology of the market changes. It takes courage to grab for bargains during a market crash. Right now, such courage is in short supply.

On the date of publication, Dana Blankenhorn held a long position in AMZN. The opinions expressed in this article are those of the writer, subject to the InvestorPlace.com Publishing Guidelines.