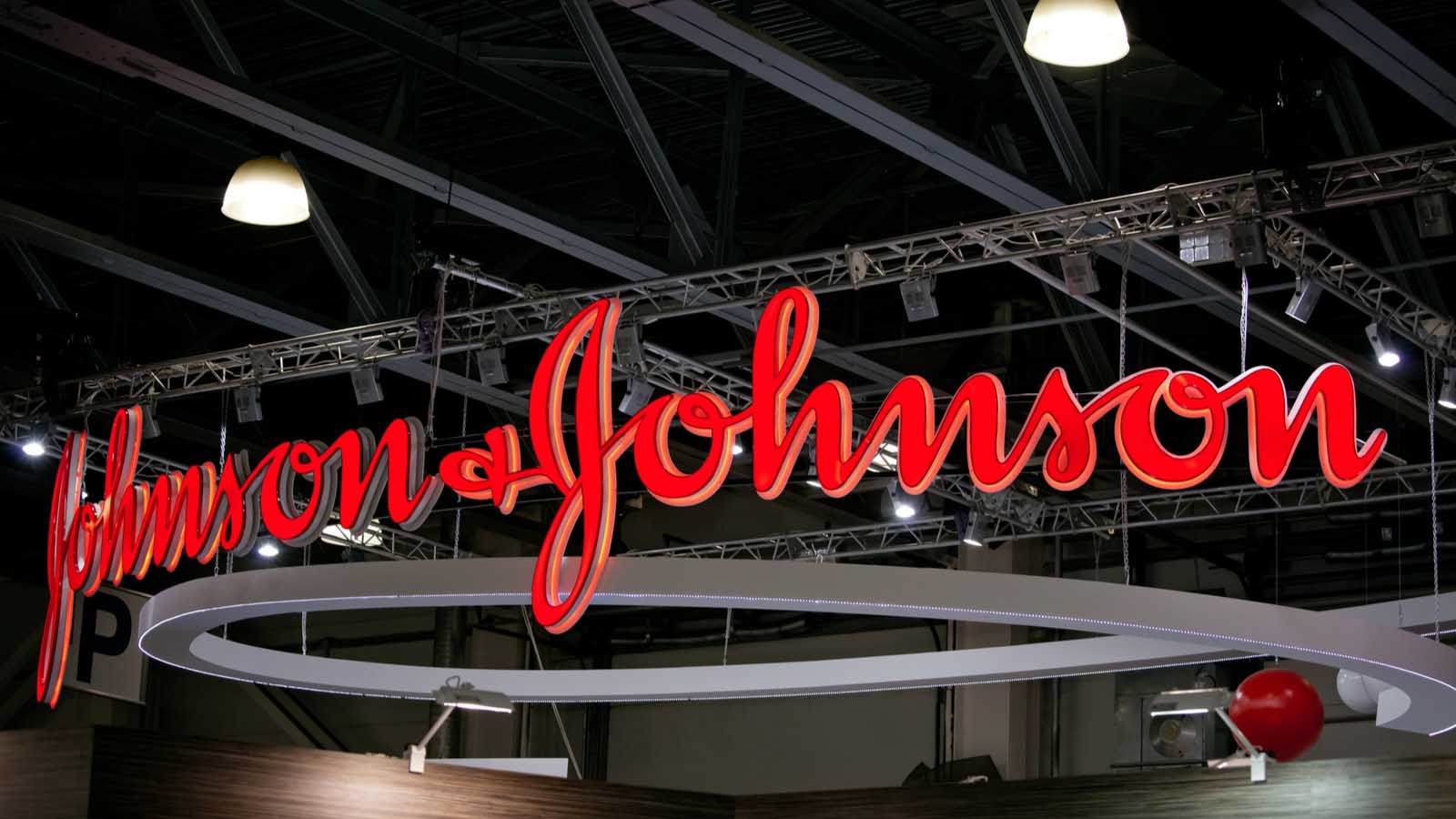 While bears have savaged many of the stock market’s biggest names in 2022, Johnson & Johnson (NYSE:JNJ) stock remains up for the year.

Credit a steady dividend, with JNJ stock now yielding 2.6% after raising its dividend every year for six decades. Credit steady results, with sales up and earnings, too, on a non-GAAP basis. Also credit the company’s pending breakup, with the consumer health business being spun out.

Behind the Strength in JNJ Stock

Johnson & Johnson’s biggest strength is a drug you’ve probably never heard of unless, unfortunately, you or a loved one has blood cancer. It’s Darzalex, which treats multiple myeloma. The drug is licensed from Genmab (NASDAQ:GMAB), a Danish company, and Johnson & Johnson pays Genmab royalties on it. The drug had sales of over $6 billion last year.

Patent protection on Darzalex, which is taken intravenously, extends to 2035. There’s also a new subcutaneous formula called Faspro. The drug has taken the blood cancer market by storm since its introduction in 2019.

Darzalex is helping offset the end of patent protection on Remicade, an immunosuppressant, and Xarelto, which is used to treat blood clots. The company said in its first-quarter report that pharmaceutical sales were up 9.3% year over year. Sales in the medical technology division were up 8.6%.

The problem area is consumer health, which includes drugs like Tylenol and Imodium, where sales were up only 1.6%.

The company is also trying to spin out its talcum powder products to cap liabilities from lawsuits, a move called the “Texas two-step.” That plan is complicated by lawsuits from workers who say they were exposed to asbestos in the product’s manufacturing. The company’s baby powder has been linked to ovarian cancer and the product was discontinued in the United States in 2020.

Why Johnson & Johnson Lowered Its Outlook

Uncertainty over the legal situation is one reason Johnson & Johnson cut its 2022 outlook when it announced Q1 earnings in April. For the year, management now expects to earn $10.15 per share to $10.35 per share on revenue of $94.8 billion to $95.8 billion.

Another reason for the lowered outlook is its Covid-19 vaccine, which generated $457 million in sales during the first quarter, mostly international. The Johnson & Johnson vaccine is a single shot and doesn’t require expensive storage, but it is considered less reliable than the mRNA vaccines created by Moderna (NASDAQ:MRNA) and BioNTech (NASDAQ:BNTX), the latter of which is marketed by Pfizer (NYSE:PFE).

Despite the cut in Johnson & Johnson’s outlook, JNJ stock has benefitted from a “flight to safety.” That’s thanks to the dividend, which increased another 6.6% after the first-quarter report. The dividend hike helped push JNJ stock to an all-time high.

The Bottom Line on JNJ Stock

Currently trading just below $177 a share, JNJ stock has a market cap of $465.4 billion. Yet, shares trade at just 24 times earnings.

Of the 11 analysts following the stock, according to TipRanks, six rate it a “buy” and none consider it a “sell.” Their average price target of $193.36 is 9.3% above the current price.

You won’t get rich buying JNJ stock. But it won’t take you to the poorhouse either. Think of it as ballast, especially if you’re depending on your portfolio for income.

The company’s status as a “dividend aristocrat,” earned over decades, means analysts and investors typically don’t worry about its day-to-day problems. Yet, the company offers limited information on its drug pipeline, and many of its best-selling drugs will soon lose patent protection. It has lost the Covid-19 vaccine race, and it may still have big expenses related to its talcum powder.

Therefore, I would say buy JNJ stock for the dividend but keep an eye on these potential issues.

On the date of publication, Dana Blankenhorn held a long position in MRNA. The opinions expressed in this article are those of the writer, subject to the InvestorPlace.com Publishing Guidelines.

Gautam Adani calls off $2.5 billion equity sale as regulatory concerns grow
The 7 ETFs to Buy for the Perfect Portfolio
The Case for GOOG Stock Hitting $150 in 2023
315 TIP. Gold and Gold Miners w/ Marin Katusa
January job growth is forecast to slow slightly, but the impact from big corporate layoffs is uncertain