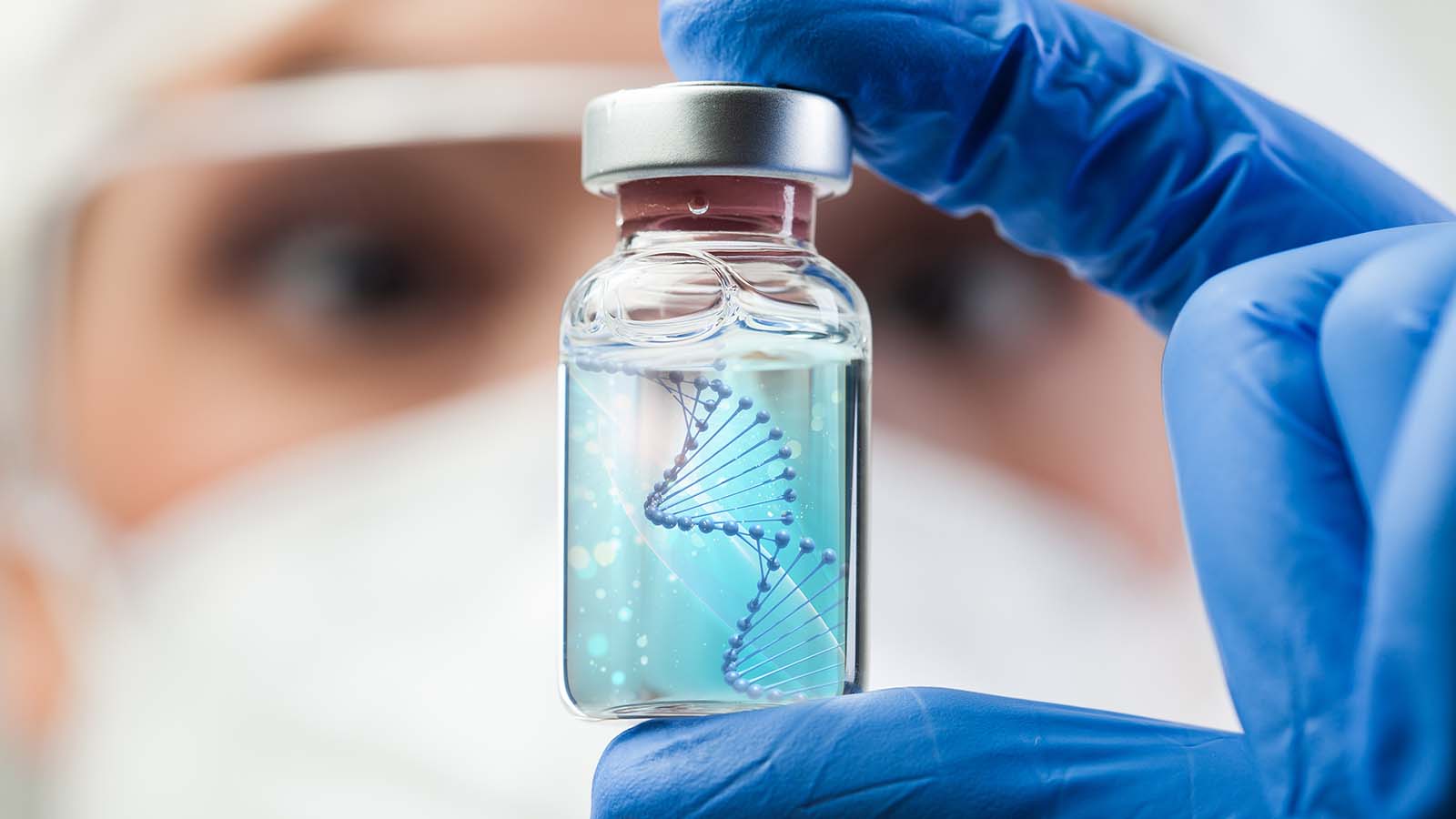 Cassava Sciences (NASDAQ:SAVA) stock could be the poster child of what not to do while investing. 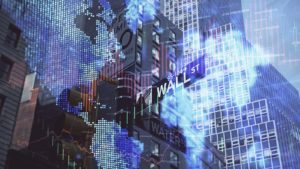 Late July, SAVA stock collapsed and lost half its value in mere hours. That was a fantastic rejection of extreme levels. Experts blamed the headline, but the fans did not waiver. Cassava stock bounced off of that crash with a vengeance.

By yesterday it had rallied back 70%. As they say, show me, don’t tell me. Investors bought the headline. Weak hands panicked out and those with conviction profited immediately. Considering the last two months of activity, SAVA stock is back in balance.

However, the long-term prospects are a completely different topic. So far we have been pointing out what not to do under duress.

This is not the first time this happens. The same scenario unfolded in February. But back then the stock rallied 400% in three days and then fell 75% by mid April.

One thing’s for sure, if you want to trade SAVA stock, you better bring Dramamine and a neck brace. I expect some resistance from the Fibonacci 50% retracement level. Therefore, it’s normal for a stock to pause halfway back from a disaster drop.

SAVA Stock Driven By a Noble Cause 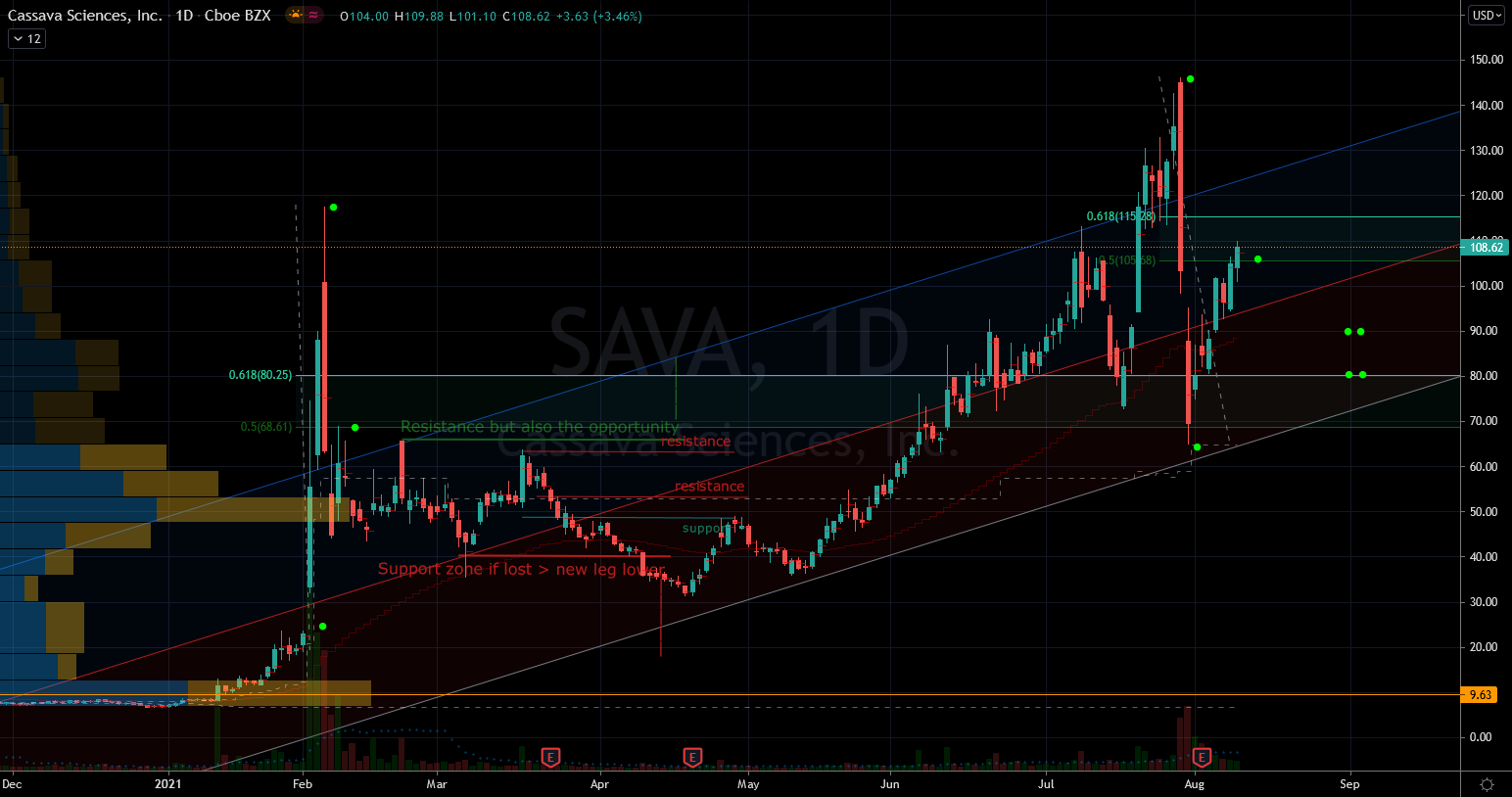 If you visit Cassava’s website, you will understand why people are passionate. They state that they’re work is “complex, risky, labor intensive and expensive.” That’s a recipe for a high-risk stock. Usually, with that potentially comes high reward. I don’t blame the fans of it for holding on to their investments. Active traders can profit in the short term, but the long-term thesis is viable.

The company concentrates on neurosciences, which could help eliminate terrible diseases like Alzheimer’s. Shorting a stock that can do that is just bad spirit.

Investing in healthcare stocks like these comes with special circumstances. Everyday could be an earnings event type of day. They are susceptible to headlines – and out of nowhere. They cut both ways, hence the very active charts.

The investor in me wants to buy and hold the stock for years. But the trader instinct tells me to buy-the-dip below $80 the next time it happens. The strategy is as simple as that. For humanitarian kudos points, investors should be either on its side or on the sideline.

Alzheimer’s is a devastating brain disease plaguing more than 6 million Americans over 65. As we live longer the trend is going up, not down. This creates an urgent call to action that SAVA is trying to heed. The effects of the disease spans to those living with the ill. Caring for someone in late stages of it is extremely taxing from all aspects.

Solutions are necessary and the sooner the better. For that I say: Godspeed Cassava!

There Are Outside Factors Now

SAVA stock doesn’t trade in a bubble. There are extrinsic factors to consider.

First, it could be a meme stock and they are a little out of favor now. The February spike matches the timing when GameStop (NYSE:GME) shenanigans started. That adds potential fuel to this fire.

Some of the love for meme stocks is fading. Yesterday AMC Entertainment (NYSE:AMC) stock spiked on earnings but then closed down 8% on the day. If they continue to fall out of favor, the action could spill onto SAVA stock. That effect would only be temporary because it trades ultimately on its own merit.

Second, we are fast approaching the taper headline from the Federal Reserve. The experts are looking for the news to hit this fall season. This could take more wind out of the sails of frothy stocks. Since Cassava is still pre-revenue it could struggle a bit from that.

Nothing is certain or imminent on that front but it’s good to prep. The least investors could do is not go all in chasing green ticks for a fast buck.

Stocks making the biggest moves premarket: Wayfair, Salesforce, Paypal and more
My RIVN Stock Price Prediction for 2025
7 REITs That Will Be Big Winners in 2023
Straddles vs Butterfly Option Trades on Earnings
CarParts.com and Technoglas Are Aggressive Growth Stocks