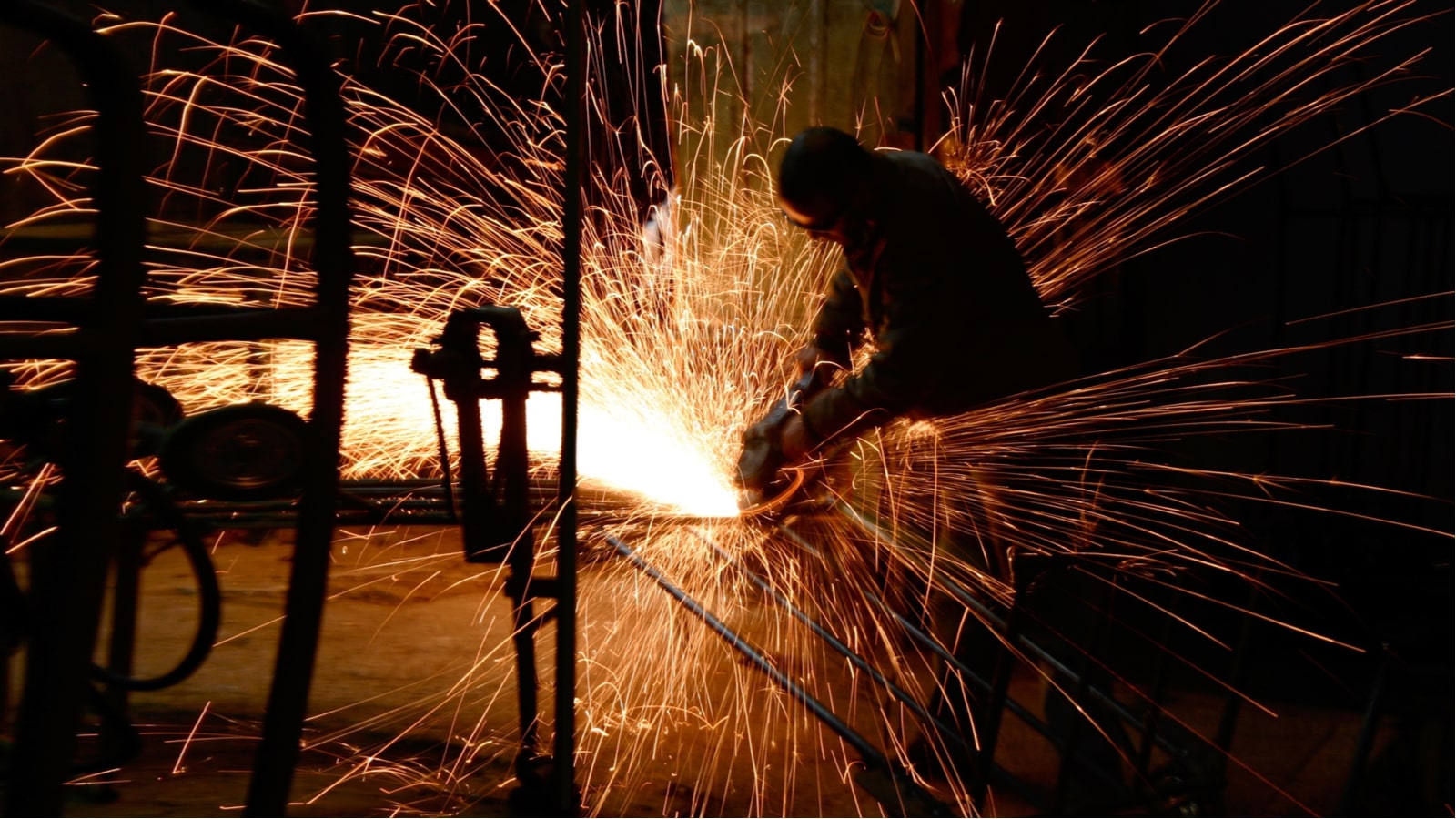 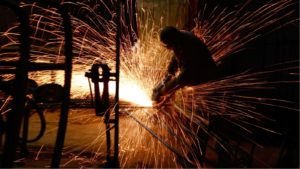 The First Industrial Revolution happened about 255 years ago – in the late 1700s – when humans learned how to harness the power of steam to mechanize the production of physical items.

About a century later, the Second Industrial Revolution began, when humans learned about electricity, gas, and oil. We then leveraged these newfound powers to unlock a novel era of transportation and mass production.

Then, another century later, the Third Industrial Revolution began, when digital machines like computers, cellphones, and TVs emerged.

Each time an Industrial Revolution happens, the world changes. Forever. And in that change, old technologies fall by the wayside, while new technologies become ubiquitous and help define a better, more efficient future.

Right now, we are in the midst of a Fourth Industrial Revolution.

It’s a world-changing shift toward automated, hyper-connected, hyper-efficient, and – in some cases – decentralized factories, enabled by breakthrough advancements in Big Data, IoT, and cloud computing.

Perhaps obviously – and much like previous Industrial Revolutions – this shift toward Industry 4.0 will spark significant disruption across the world’s supply chain.

And… as longtime readers know… where there’s disruption, there’s opportunity.

One of the biggest opportunities in the Fourth Industrial Revolution? 3D printing.

You heard that right. 3D printing. The industry that was hyped up back in 2013 as a novel concept that would take over the world as everyone replaced their 2D printers with 3D printers and turned their homes into “mini-factories.”

Of course, that didn’t happen.

The reality is that “additive manufacturing” (or “AM,” as industry insiders like to call it) is a complex, costly, laborious, and time-consuming process that most consumers have no use for in their homes.

To that end, the hype surrounding 3D printing has fizzled out over the past several years, and AM stocks have been some of the biggest busts on Wall Street. 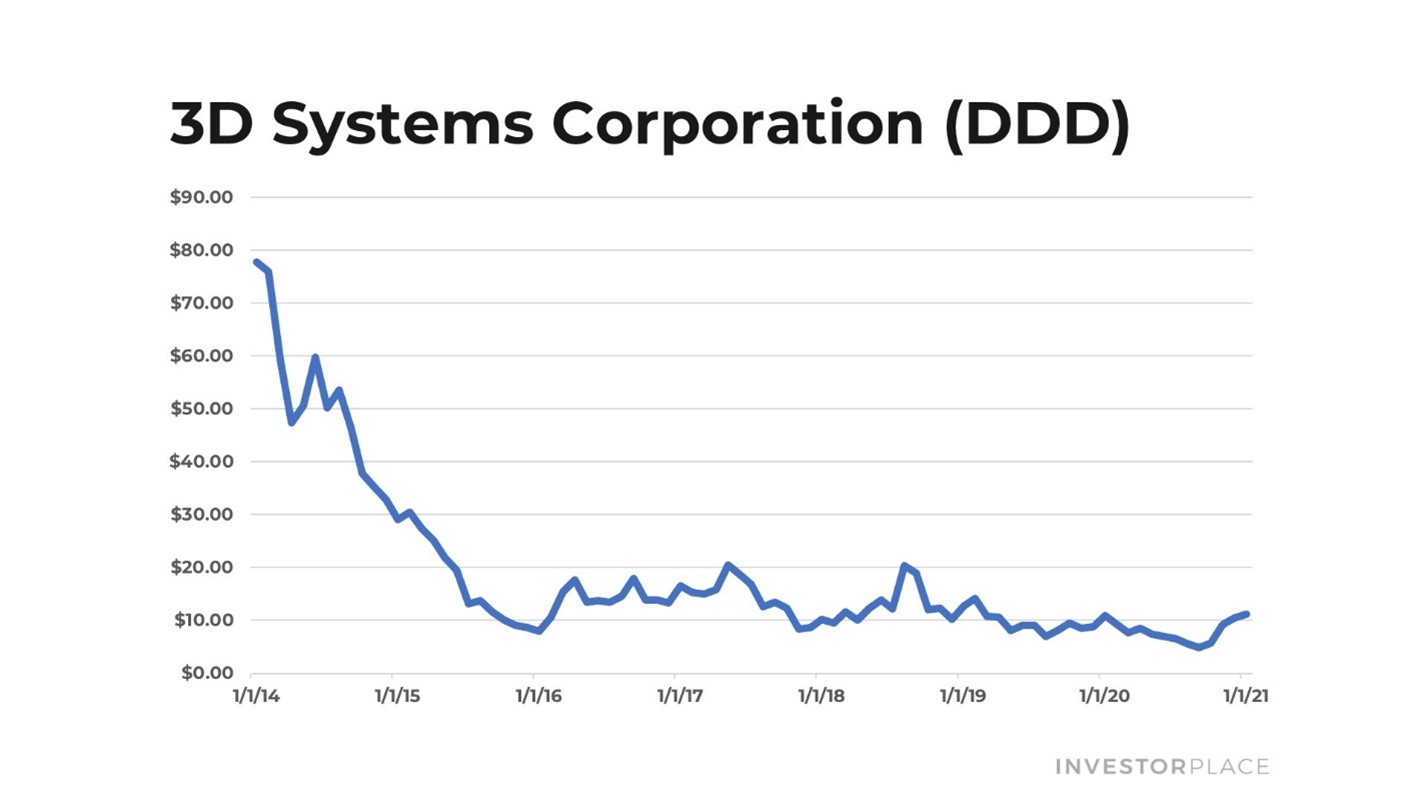 But… over the past few years… additive manufacturing has quietly emerged as a core technological component of Industry 4.0.

The first generation of industrial AM machines were glacially slow, exorbitantly expensive, and incredibly niche. That’s because they could only print in plastic and therefore could only be deployed for product prototyping.

These machines, however, have made huge advancements in terms of cost, speed, and ability since 2013. Today, they are capable of quickly – and cost-effectively – mass-producing metal end-use parts on the factory floor.

That’s huge. That means 3D printers can now be integrated into assembly lines.

But why would a company do that?

Because the emergence of Industry 4.0 has raised the standard for customization and automation in the world’s supply chains. That is, tomorrow’s supply chains will need to be automated (to save on labor costs) and need to be able to produce customized parts (to meet growing consumer demand for custom products).

As it turns out, AM is particularly good at customization and automation. You can make any design you want in a software program, send it to the 3D printer, and the printer can produce that design – all without needing any human labor on the manufacturing side.

That represents a paradigm shift from current manufacturing processes, wherein entire assembly lines have been constructed to efficiently build the same thing over and over again. Modifying those assembly lines to create something different or specialized is a labor- and time-intensive process.

As such, companies aren’t going to do that. Instead, they’re going to rejig their assembly lines over the next few years to include metal AM machines alongside CNC machines and casts to create a hyperefficient manufacturing process than can cost-effectively mass-produce anything.

Insiders are calling this the emergence of the Additive Manufacturing 2.0 era, and it’s expected to grow the AM market by more than 1,000%! So, from $12 billion today to nearly $150 BILLION by the end of the decade.

A few exciting companies are at the forefront of this emerging hypergrowth megatrend.

And, in just a few days, I’m going to highlight one of my favorites in this space in my ultra-exclusive investment research advisory The Daily 10X Stock Report.

For those who are unaware, The Daily 10X is my ultra-exclusive research advisory service dedicated to picking one explosive, hypergrowth stock pick, every single the day stock market is open, with the potential to soar 10X in value.

I started this service just over a year ago – and in that short time, I’ve already scored my readers nearly 100 triple-digit winners and 6 different stocks that have soared 10X or more in value.

This coming week, I’m going to unveil one of my favorite 3D printing stocks to buy that also doubles as a 10X investment opportunity.

Trust me. This is a pick you don’t want to miss.

By uncovering early investments in hypergrowth industries, Luke Lango puts you on the ground-floor of world-changing megatrends. It’s how his Daily 10X Report has averaged up to a ridiculous 100% return across all recommendations since launching last May. Click here to see how he does it.