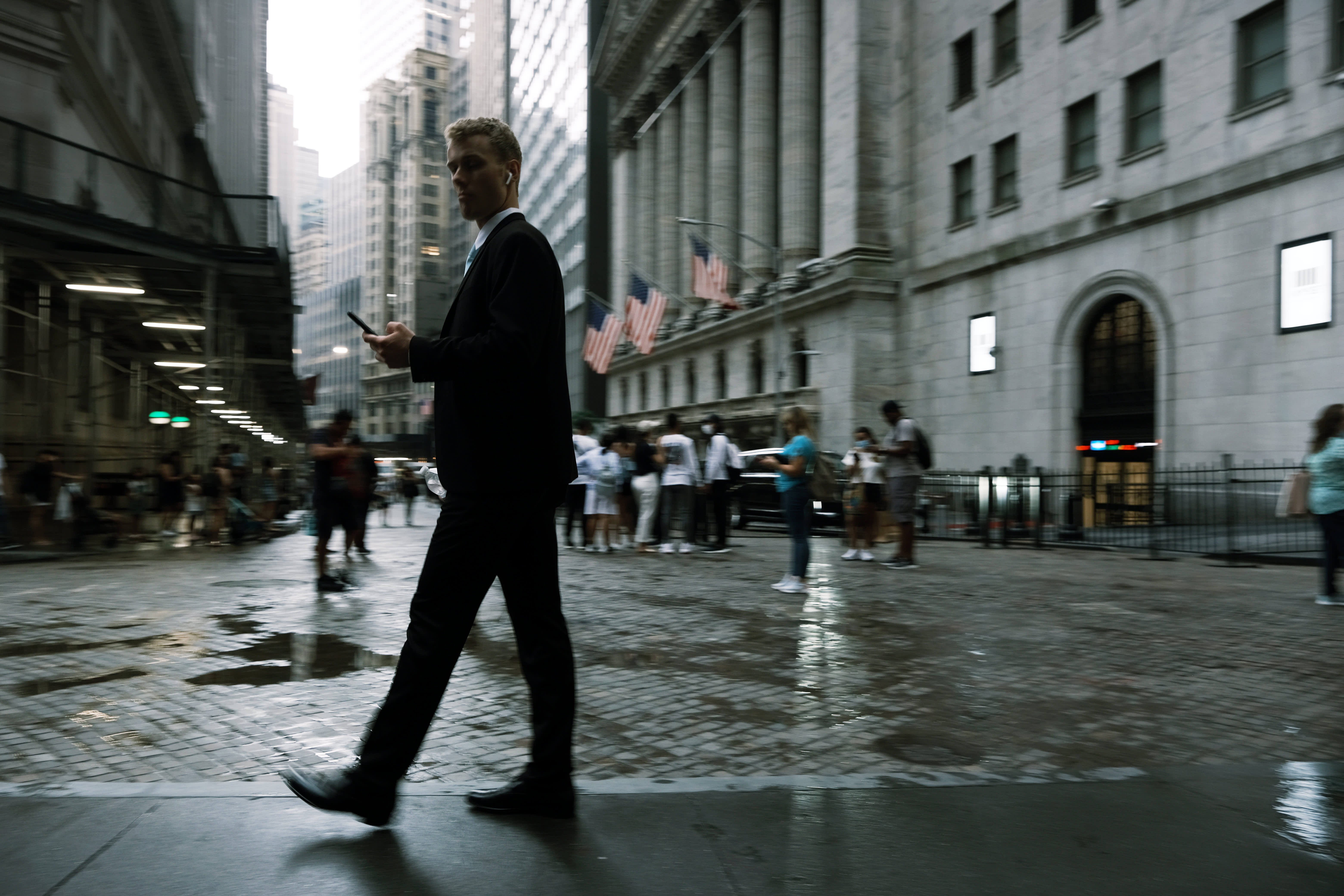 The bond market is defying Wall Street forecasters, as long-term Treasury yields continue to head lower despite a strong economy and rising inflation.

A decline in bond yields, which move opposite price, can be a sign of expectations for a weaker economy. But strategists say it’s not just slower growth concerns that’s driving the move. Momentum and positioning are also playing a role, as are some technical factors.

“It’s confounding,” said Michael Schumacher, director of rates strategy at Wells Fargo. “You’ve got some number of big players who for various reasons are pretty comfortable with the thought that economic growth is, I would not say weak, but not as spectacular as some people expected.”

The most closely watched U.S. interest rate metric — the 10-year Treasury note yield — again skidded below 1.3% Thursday, a level where it last traded in February, prior to last week. It was at 1.32% Friday. The surprise and swift decline is being blamed on a number of things, including short-covering, technicalities, peaking growth — and the Fed.

The 10-year yield is important since it has been a foil for tech stocks. When it has fallen, tech and growth shares have mostly risen lately. It also influences mortgage rates and other consumer and business loans. Many strategists had expected the 10-year to hold at higher levels and march toward 2% or above by the end of the year.

But instead, strategists say the bond market hit a turning point after the Fed’s last meeting. In mid June, the Fed said it was beginning to discuss tapering back its bond purchases and Fed officials added two interest rate hikes to their 2023 forecast. There were no rate hikes in the forecast previously.

Those slightly ‘hawkish’ developments came at the same time inflation has been rising at a blistering pace. The June Consumer Price Index this past week indicated consumer inflation running at 5.4% year-over-year.

“What the market continues to hear is the Fed is getting cold feet on flexible average inflation targeting,” said Meghan Swiber, Bank of America U.S. rate strategist. “What the market is pricing is effectively, if the Fed pre-empts a really full recovery in growth and inflation, that means they’re going to get a lower terminal rate.”

Simply put, strategists say the market is rethinking the strength of the recovery and the Fed’s response to inflation. A lower terminal rate would mean a lower end point for the Fed once it begins to raise interest rates.

While interest rate hikes are still far in the future, the market has been debating whether hotter inflation could get the Fed to move sooner to end its bond buying program and start its rate hiking agenda. The concern is that tightening could then short circuit the recovery.

The Fed’s mettle could be tested by this rate move, since Fed officials have viewed inflation as temporary. Fed Chairman Jerome Powell reinforced that idea in Congressional testimony Wednesday and Thursday. But since the pandemic, the Fed has also changed the way it will react to inflation, and the market is unclear what would trigger a Fed response.

The Fed now has said inflation can rise above its target of 2% and that it will consider an average range of inflation for some time, before acting. Previously, the Fed would have moved to raise interest rates to stop inflation over its target. Fed officials have emphasized that they were aware that the unique way in which the economy shutdown would send inflation temporarily higher, due to base effects and supply chain issues.

The move lower in yields in the 10-year and 30-year bond have been deeper and longer than initially expected.

When yields first began falling, the market chatter focused on bonds reacting to growth peaking in the second quarter and then falling off to a still relatively high level. Second quarter growth was expected to be a median 9%, according to economists surveyed in the CNBC/Moody’s Analytics rapid update. Growth is then expected to slow to a median 8% in the third quarter.

But the concerns about the economy have piled up, with the delta variant of Covid increasingly a worry should restrictions be once more put in place.

John Briggs, head of global strategy at NatWest Markets, said the growth scare and Fed tightening to stop inflation are two themes that could stay in the market for weeks. “It’s getting more attention because China’s [economic] numbers weren’t that good, and you’ve got the delta variant. The sustained nature of the move is what’s surprising. We’re back to 1.20s [10-year yield],” he said.

Briggs said the lower yields could reverse as the Fed gets to its Jackson Hole symposium in late August, where many Fed watchers believe it will begin to signal it will take action to taper back its bond purchases.

The Fed is buying $120 billion in Treasury and mortgage securities each month, and it has said it would slowly wind down that program before it begins to raise interest rates. The paring back of bond buying would be its first real step to dismantle the extraordinary easing it undertook to help the economy in the pandemic.

“There’s growth concerns. If the Fed tightens to cut off inflation, they’ll only be able to do it a few times. It’s not stagflation but whiffs of it. It’s all in the long end,” he said. The long end of the Treasury curve includes the 10-year, 20-year and 30-year. The long bond, or 30-year yield was at 1.95% Friday.

“I’m a guy who tends to be bond bullish, but if I look at inflation let’s say it stabilized medium term at 2.2% or 2.3%, how do you own a 2% long bond. You might as well go buy stocks. You’re getting negative real returns all along the Treasury spectrum,” he said.

Swiber said she expects yields to move higher later in the year and forecasts the 10-year will reach 1.9%.

“I think it’s going to be hard to find something that’s going to be the catalyst to stop this this summer. Probably, the Fed refocusing on tapering, moving past tapering and really being able to focus on what the prerequisites are for a rate hike will help,” she said. If rates continue to grind lower, she said they could keep moving lower because it would force more short covering and positioning. “You really need something to jump in front of it and stop it.”

Since the Fed’s meeting, the short-end of the market has seen rising yields. For instance, the 2-year note yield, which is the one that most reflects Fed rate hiking, has moved higher from 0.14% to as high as about 0.27%. It was 0.236% Friday

“I think the next key thing will be a few more months of the hot inflation numbers and the Fed still dragging their feet on how to respond to that,” said Peter Boockvar, chief investment officer at Bleakley Global Advisors. “If that were to happen I think you get a replay of the first quarter, where you see the bond market tightening long rates for the Fed because they’re not doing it themselves.”

“I don’t think this movement lower in yields is telling us anything important about the economy. If you look at equity and high yield, and you look at investment grade assets, this is technical in the Treasury market,” he said. “I think we’re in the eighth inning of it.”

He said by August, Treasury issuance and corporate issuance should increase, pressuring rates higher. There should also be taper talk from the Fed, and the jobs data could improve as unemployment benefits end and children return to school.

Schumacher said it will be awhile before the labor and inflation picture becomes clear, but he expects yields to drift slightly higher and move up into the end of the year.

“It’s going to be probably three plus months until anybody, whether it’s the Fed or you or me, has any sense of how tight the labor market is going to be, and I imagine the longer term view on inflation is going to be in a holding pattern,” he said.

This article was originally published by Cnbc.com. Read the original article here.