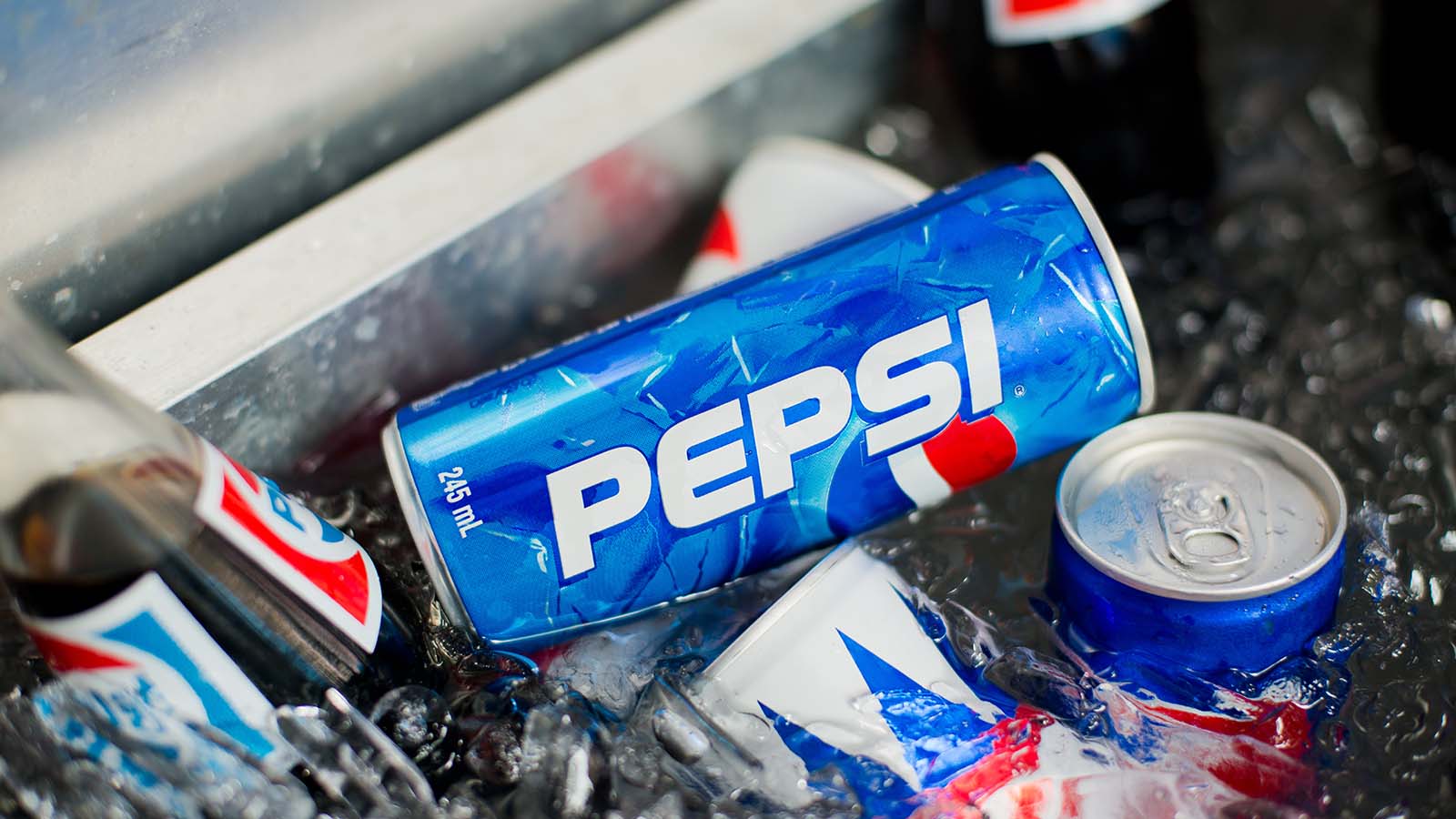 PepsiCo (NASDAQ:PEP) shares got fizzy this week as earnings crushed estimates, which is good news for anyone investing in PEP stock.

Pepsi earned $2.37 billion, $1.70 per share, on revenue of $19.2 billion for the three months ending in June. Earnings were 19 cents per share ahead of estimates, and revenue was over $1 billion more than expected.

Soft drinks got the credit. Management raised its estimates for the year, saying that demand from restaurants had returned to normal. Shares jumped over $5 immediately and held the gain. Pepsi opened for trade July 15 at over $154, a market cap of $213 billion, and an eye-popping price to earnings ratio of 28.6.

But soda isn’t why I bought the stock, and it’s not why you should, either.

I gave Pepsi positive coverage twice over the winter, mainly over its deal with Beyond Meat (NASDAQ:BYND) to add plant-based protein to its snacks.

With its acquisitions of Frito-Lay and Quaker Oats (the latter bought mainly for its Gatorade sports drinks) Pepsi is now the world’s third-largest food company. (Food is not a term you should take literally. Nestlé (OTCMKTS:NSRGY) is number one, followed by Anheuser-Busch InBev (NYSE:BUD).

Salty snacks are big business. The long-term plan is to add protein to the mix, not only with Quaker Oats’ breakfast products but dozens of Frito-Lay products.

That work has barely begun. I identified Pepsi as the safer play, given Beyond’s sky-high valuation. That’s how things have turned out so far. Pepsi is up 13.4% since my February 2 article, while Beyond stock is down 27.5%. I got so excited by my analysis that I bought some Pepsi shares for my retirement account, with dividends reinvested. I’m up almost 20%.

PepsiCo isn’t blind to the health effects of its products. It recently pledged to the European Union that it will cut the sugar by 25% over the next four years. Europeans have been increasing their taxes on sugar.

But it’s not just about replacing Doritos with popcorn, or Lay’s chips with SunChips. Pepsi is deploying artificial intelligence and data analytics as it looks to create new products. Specifically, it’s using a tool called Tastewise, monitoring menus, recipes, and social media posts. This has led to new brands like Off the Eaten Path with ingredients like seaweed.

Top-line gains seem assured for the next few quarters thanks to inflation.

Higher costs for raw materials means Pepsi can raise prices without sacrificing share. This top-line growth will be followed by bottom-line growth as inflation abates and prices hold steady.

The Bottom Line for PEP Stock

I grew up on Coca-Cola (NYSE:KO) in New York, even before moving to Atlanta 40 years ago.

But Pepsi is the better stock for me.

It’s still a defensive play. Despite its work with Beyond Meat, its use of AI, and its lab work creating new flavors, Pepsi will never be a tech stock.

Pepsi is an income stock. It has been able to steadily increase its dividends over the last five years. It is in position to maintain the payout, with $2.3 billion in operating cash flow over the first half of the year.

What income investors want isn’t just a 2.8% yield, but cash flow and profits that make the payout sustainable. That’s what Pepsi offers, with an increasing margin of safety over time.

On the date of publication, Dana Blankenhorn held a LONG position in PEP. The opinions expressed in this article are those of the writer, subject to the InvestorPlace.com Publishing Guidelines.