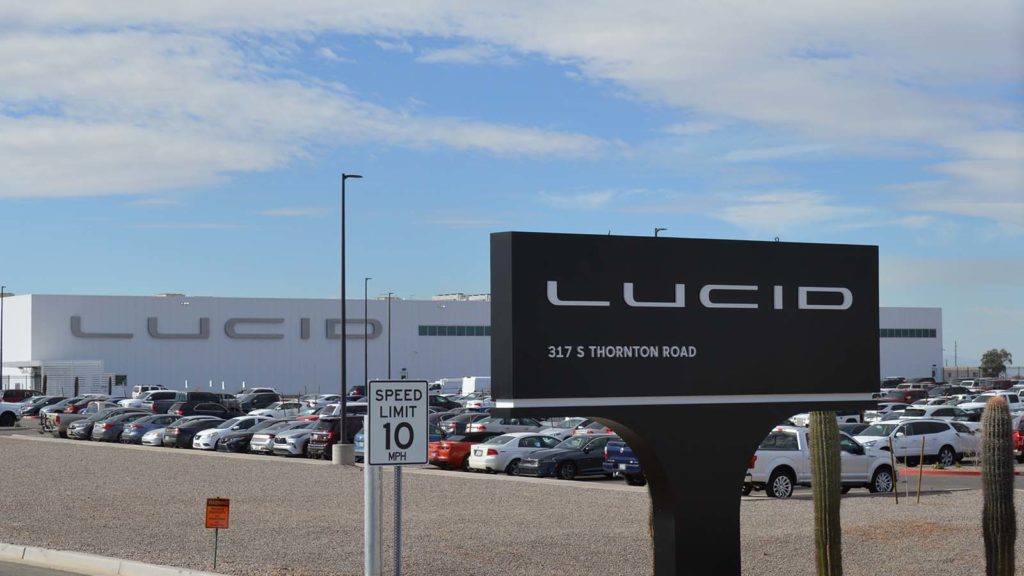 After a long holiday weekend, it’s business as usual for the most evangelical of Churchill Capital Corp IV (NYSE:CCIV) shareholders. With the Lucid Motors merger just two weeks away, “Lucid Nation” is buzzing with anticipation. If you missed the boat on Tesla (NASDAQ:TSLA), Lucid Motors — and CCIV stock — is apparently the second coming.

Source: Around the World Photos / Shutterstock.com

Or so the story goes. But, if we’ve learned anything in the EV (Electric Vehicle) market, it’s that the hype doesn’t always line up with reality. While July 23 sounds like a blockbuster party on social media circles, the reality less appealing.

CCIV stock has been kind of a dog lately. After a very brief rally last week, CCIV shares have once again fallen. In fact, today, they have broken a key support level at $25. Shares have closed lower for the past three consecutive trading days. Not surprisingly, I didn’t receive any celebratory beer emoji emails from readers this week.

As a Wall Street expat navigating the mainstream investing world, it’s clear that there are some big differences in the way retail and institutional investors think. These differences can lead to binary thinking (alternate realities), especially in a hot sector. This extreme polarization between retail and institutional money often creates short-term volatility (which can also be scary for mainstream investors).

Anchored by a “to the moon” social-media fueled mentality, dissociation from fundamentals and a 22% short interest, CCIV stock is starting to look less like a tech stock and more like a meme stock. But there’s a silver lining: binary stocks like this one are massive trading opportunities.

If you understand how the pack mentality thinks, you’ll be better prepared to trade around the misinformation which creates whipsaw movements in a momentum stock. Here’s a good place to start.

CCIV Stock: A Matter of Place and Time

Let’s set the record straight: I’m no CCIV “hater.” The long-term addressable market for electric vehicles and associated technologies is well established. At a reasonable price, I’ll be the first to back up my Ford (NYSE:F) F-150 Lightning truck and buy CCIV stock. The trouble is, there’s simply too much momentum chasing the stock right now (and other EV stocks). This is setting CCIV up for disappointment.

Here’s my CCIV thesis in a nutshell:

With all of that in mind, let’s take a look at the top three misconceptions around Lucid Motors stock.

Tesla didn’t have material revenues at the time it became public, either.

Well, Tesla did have some revenues ($119 million in 2019). But not much. Even so, there’s clearly a massive difference in the initial valuation of the two companies. Tesla was priced reasonably at the time it went public. Lucid Motors isn’t. We have way too much retail money pumping into a red-hot Special-purpose acquisition company (SPAC) IPO market to thank for that.

Lucid, in contrast, is coming to market at an implied valuation of $41 billion ($25.52 x 1.6 million shares outstanding). See the difference?

Even if CCIV bulls can overlook the massive valuation gap and turn a blind eye to revenues, they’ll want to start thinking about Lucid Motors stock in relative terms. Since CCIV bulls like to compare Lucid to Tesla, let’s compare IPO valuations, shall we?

We’ve clearly left any kind of normal valuation discussion when we’re talking about “T+6” numbers — that is a current market value based on estimated 2026 sales. (Side Note: This is where institutional investors typically head for the exits).

Lucid management has been careful (and wise) not to endorse any financial guidance. So, I’ve come up with a more tangible back-of-the-envelope estimate. Based on Lucid’s implied valuation of $41 billion and a 2022 sales estimate of $2 billion, these numbers imply a multiple of 20.5x forward sales. See the difference again?

Ultimately, there isn’t any historical precedent for a pre-revenue company coming to market at this kind of valuation. Hence, why my view on CCIV stock hasn’t changed. As a public company, I expect management to re-set the bar substantially below my back-of-the-envelope forecast.

There’s lots of demand for Lucid’s cars … just look at the reservations.

This is one of the more quick Lucid Motors myths to bust. While it’s true that the carmaker does have plenty of reservations, when it comes to investing, this kind of thinking is downright dangerous. At the end of the day, reservations do not equate to revenues. Making prototypes and designing things are wholly different skill sets than ramping up volume production. It’s as simple as that.

Lucid has a great management team, so it’s bound to succeed.

Yes, management is important. And Lucid has a pedigreed management team. There’s no denying that. But, if we’re talking about management, let’s be fair. We need to look at the whole enchilada.

Lucid’s ownership and board structure is especially important because CCIV shareholders will own only a minority interest in Lucid Motors (19.1%). Meanwhile, as I’ve pointed out in the past: “Saudi Arabia’s sovereign wealth fund, or Public Investment Fund (PIF) will own approximately 62% of the company once the acquisition is complete.”

When it comes to Lucid’s board structure, investors should connect the dots. The company’s Chairman, former Dow Chemical (NYSE:DOW) chief executive Andrew Liveris, also serves as an operating partner at CCIV. In other words, he’s plays a role on both sides of the transaction.

This is highly unusual … and for good reason.

There’s an obvious conflict of interest when an officer from the acquired company holds an operating role in the SPAC. If you’re thinking about placing high marks on Lucid’s management, also consider the following. Liveris was under a 3-year Securities and Exchange Commission investigation. The reason? He failed to disclose roughly $3 million worth of perks like personal use of company aircraft … to sporting events. This should, at the very least, raise a red flag for most investors.

The Bottom Line on CCIV Stock

I can appreciate that CCIV shareholders, particularly those that missed the boat on Tesla, desperately want to get in on the ground floor at the “next Tesla.” But with EV valuations clearly stoking investor imaginations, make sure you’re on firm footing. You don’t want to be standing on cellophane over an abyss.

Ultimately, there are much better risk/reward options in the EV market.

Your comments and feedback are always welcome. Let’s continue the discussion. Email me at jmakris@investorplace.com.

On the date of publication, Joanna Makris did not have (either directly or indirectly) any positions in the securities mentioned in this article. The opinions expressed in this article are those of the writer, subject to the InvestorPlace.com Publishing Guidelines.

Joanna Makris is a Market Analyst at InvestorPlace.com. A strategic thinker and fundamental public equity investor, Joanna leverages over 20 years of experience on Wall Street covering various segments of the Technology, Media, and Telecom sectors at several global investment banks, including Mizuho Securities and Canaccord Genuity.

7 CRISPR Stocks With the Best Long-Term Potential
EV Stocks Face-Off: TSLA vs. RIVN vs. ARVL
The 7 Most Undervalued Stocks to Buy in February 2023
Stocks making the biggest moves after hours: Meta, Align Technology, e.l.f Beauty and more
Up 64% This Year, SoFi Stock Is Still the Buy of a Lifetime