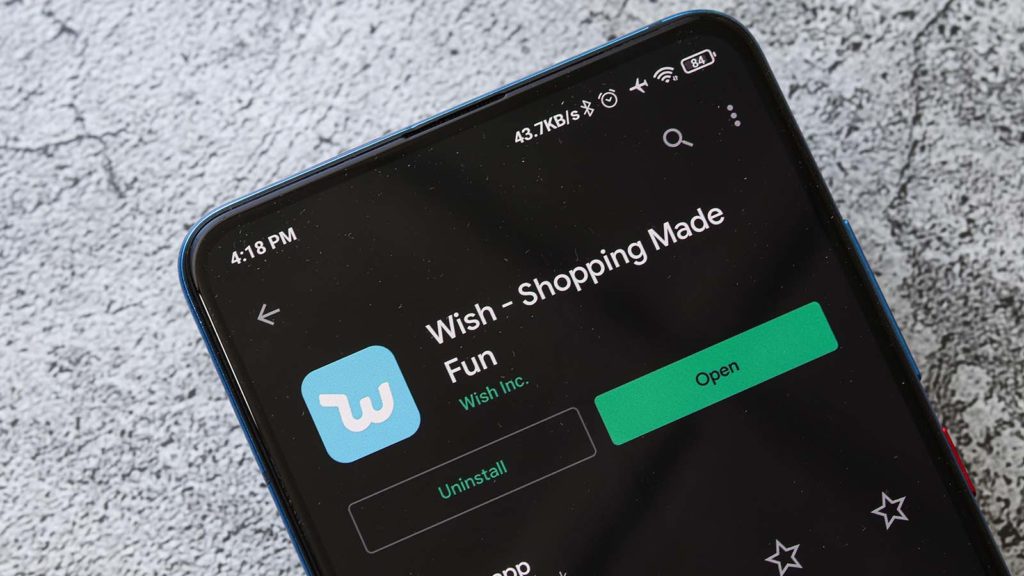 ContextLogic (NASDAQ:WISH) stock went public last December. After a brief pop, the share price fell to single digits in May.

It fell because ContextLogic loses money. Its first quarter report showed a loss of $128 million, 21 cents per share, on revenue of $772 million. Losses from operations, $126 million, grew faster than sales.

This discouraged serious investors. It did not discourage r/Wallstreetbets. Reddit rumormongers picked up WISH stock in early June and have sent it up 45% in just one month.

They were helped by growing short interest, 21% as of June 21, shares borrowed in hope their price would fall.

“He who sells what isn’t his’n, must buy it back or go to pris’n,” the saying goes. The man who said that died broke.

A Closer Look at WISH Stock

ContextLogic runs an online marketplace called Wish, which gives it its stock symbol. Those who like it call the company a western version of Pinduoduo (NYSE:PDD), a very profitable Chinese company.

Those who dislike it call it an online version of DollarTree (NASDAQ:DLTR), which is less profitable. Only registered users can buy on the platform.

Bears and shorts point to the March quarter earnings, which came out May 12. The release is filled with happy talk about fast growth in its marketplace and logistics unit.

It also shows negative cash flow and growth slowing to almost zero in the current quarter.

But meme stocks aren’t about results. They’re about pushing those who believe results to the wall. They’re also about refusing to believe investment professionals, trusting instead to anonymous crowds.

A short squeeze, if you’re to play one, demands constant attention. You must be on guard against fellow passengers jumping off with profits, leaving you holding the bag of losses.

It’s not a game I wish to play.

We’ve been playing the meme game long enough now to know how it turns out.

Take Bed, Bath & Beyond (NASDAQ:BBBY). It has jumped twice this year on Reddit interest, but quickly lost those gains when fundamentals turned out to be unchanged.

Management can hold gains if they change direction and gain traction. That’s what Gamestop (NYSE:GME) did, switching from a retail store model to an online model.

The WISH stock game is still ongoing. Founder Peter Szulczewski was born in Poland, grew up in Canada and at age 40 has a net worth of $1.3 billion thanks to ContextLogic. He is the perfect hero for our meme time.

Most analysts are looking at the fundamentals of WISH stock. They’re comparing ContextLogic to Amazon.Com (NASDAQ:AMZN), which has a similar price-to-sales ratio but is profitable.

I’m doing none of that.

I’m looking to see if Szulczewski’s reinvention of ContextLogic works. He founded the company in 2009. His original plan was to game user data to predict what people might buy, then offer it to them.

The current incarnation of the company is quite different.

If I were buying WISH stock today, it would be on the assumption Szulczewski can use international logistics to turn results around.

The company is working in places like South Africa, which buy a lot of Chinese goods, to streamline e-commerce deliveries. Logistics is where most of ContextLogic’s growth lies.

We’ll know more August 11 when the company next reports earnings. Analysts aren’t expecting much but, if Szulczewski’s plans bear fruit, you will see it in those numbers.

One way or another, the WISH game should be over soon.

On the date of publication, Dana Blankenhorn held LONG positions in AMZN. The opinions expressed in this article are those of the writer, subject to the InvestorPlace.com Publishing Guidelines.